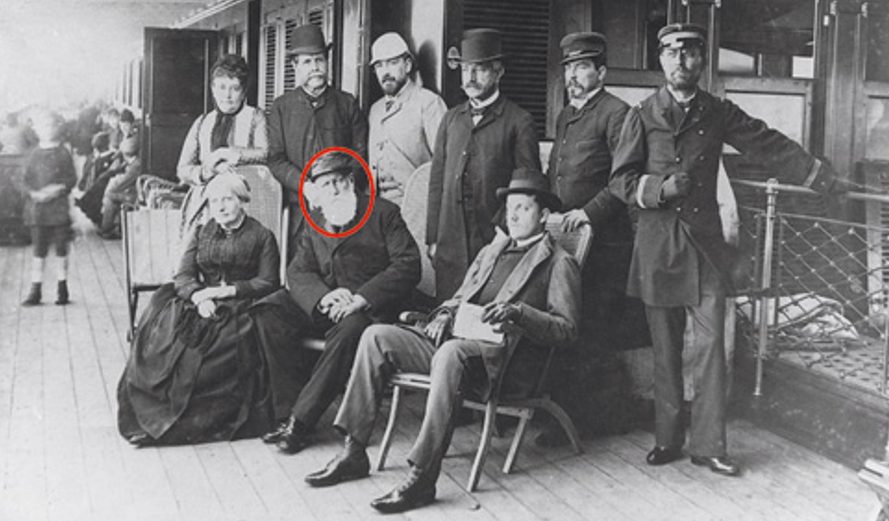 There are few who know of Brazilian Emperor Dom Pedro’s unofficial visit to Ireland in 1877.

Dom Pedro was a ‘super-tourist’ of his time, a frequent traveller who was referred to by some in his home country as ‘Pedro da Mala’ (Pedro of the suitcase!). An educated and academically minded man, Dom Pedro had a keen interest in history and science and was a great lover of geology in particular.

Hence, there was one spot that the Brazilian Emperor made sure to visit during his trip to Ireland – the Giants Causeway. Even in the 19th century the Giants Causeway and spectacular Causeway Coast were renowned for their outstanding world-class geology.

On Monday 9th July 1877, Dom Pedro and his entourage arrived in Belfast on the SS Antrim, where they were greeted by a small delegation. The Emperor’s trip was not publicised and details were to be kept largely private. It is likely that the secretive nature of the visit was due to the fact that Dom Pedro was accompanied on the trip by not only his wife, but also his suspected lover- the Countess of Barral.

After arriving in Belfast, the Royal Party travelled to the Causeway Coast in the first-class carriages of the Belfast and Northern Counties Railway. The train was bedecked at the front with crossed Union and Brazilian Flags to mark the occasion. Once the train arrived at Portrush, Dom Pedro and his party were escorted straight to the Giants Causeway from the station via carriage. 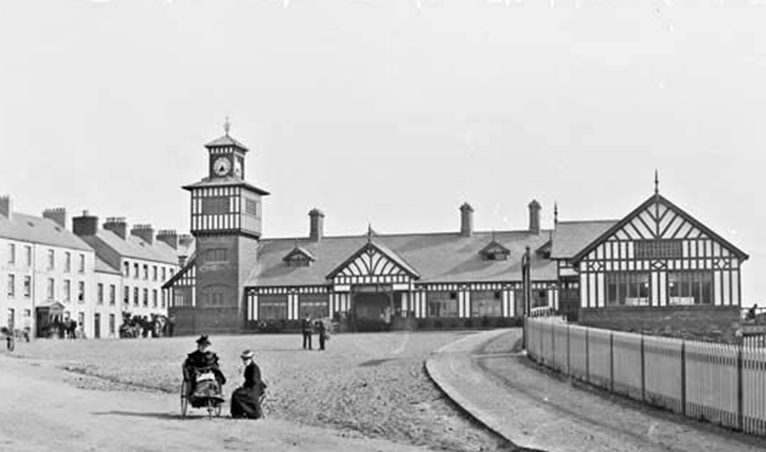 Once at the Causeway, the distinguished guests found themselves at Mr Francis Kane’s little hotel at Causeway Head where the Emperor enjoyed a cup of coffee presented by Mrs Kane, before being led by guides down to inspect the Causeway Stones. Once there, Dom Pedro walked as far as the Lord Antrim’s Parlour admiring the impressive geological formations before him. Eventually he met the photographer Mr Daniel McKinlay who requested that he sit for a photograph at the Stones. The Emperor happily agreed and later Mr McKinlay received a request for 100 copies of the photograph from Dom Pedro’s personal secretary. At the conclusion of their visit the Royal Party purchased souvenirs, including rock specimens, from vendors along the coast before heading back to Portrush train station. Here word had spread and many locals crowded the station to get a glimpse of the Emperor and Empress, giving the Royals a warm send off and cheering as their train departed!

Like innumerable visitors before and since, Dom Pedro is noted to have thoroughly enjoyed his visit to the Giants Causeway. Now a UNESCO World Heritage Site, the Giants Causeway and Causeway Coast continues to attract visitors from across the globe, almost 150 years after this unusual footnote in the area’s long and rich history.

*Information for this article was kindly provided to CCGHT by local researcher John Logan.