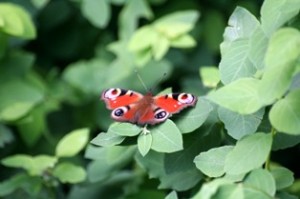 The Woodland Trust has received a surge in records of birds nesting, shrubs coming into bud and snowdrops flowering, as Mother Nature takes advantage of the mild weather.

In some parts of the UK, the charity has also received reports of ladybirds and butterflies, which is consistent with a long-term trend identified through data on its Nature’s Calendar website, suggesting spring is advancing earlier.

The early sightings of so many species conform to a long-term trend in which spring has gradually arrived earlier in the UK, highlighted by data recorded on Nature’s Calendar since 2001.

Research also suggests that over the last 25 years flowers have bloomed up to 12 days earlier than previously2.

However, species fooled by warmer weather into early activity – whether blossoming or breeding – could be vulnerable to the sort of freeze not uncommon in February or March.

Dr Kate Lewthwaite, Woodland Trust Nature’s Calendar Project Manager, said: “People may be surprised to see such spring-like activity in January, but Woodland Trust data confirms that it has become more and more common over the last decade or so.

“What this highlights is the importance of having diverse, inter-connected habitats that allow species to react to any changes in climate and adjust accordingly. With habitats coming under ever greater threat and fragmentation the pressure on our native flora and fauna will only increase.”

By recording activity of species found in native woodland and other habitats, thousands of people have enabled Nature’s Calendar to become the leading survey into how climate change is affecting our plants and wildlife.

The Woodland Trust is appealing for more people throughout Northern Ireland to take part in this UK-wide survey, as records here are currently scarce.  Find out more at www.naturescalendar.org.uk/survey