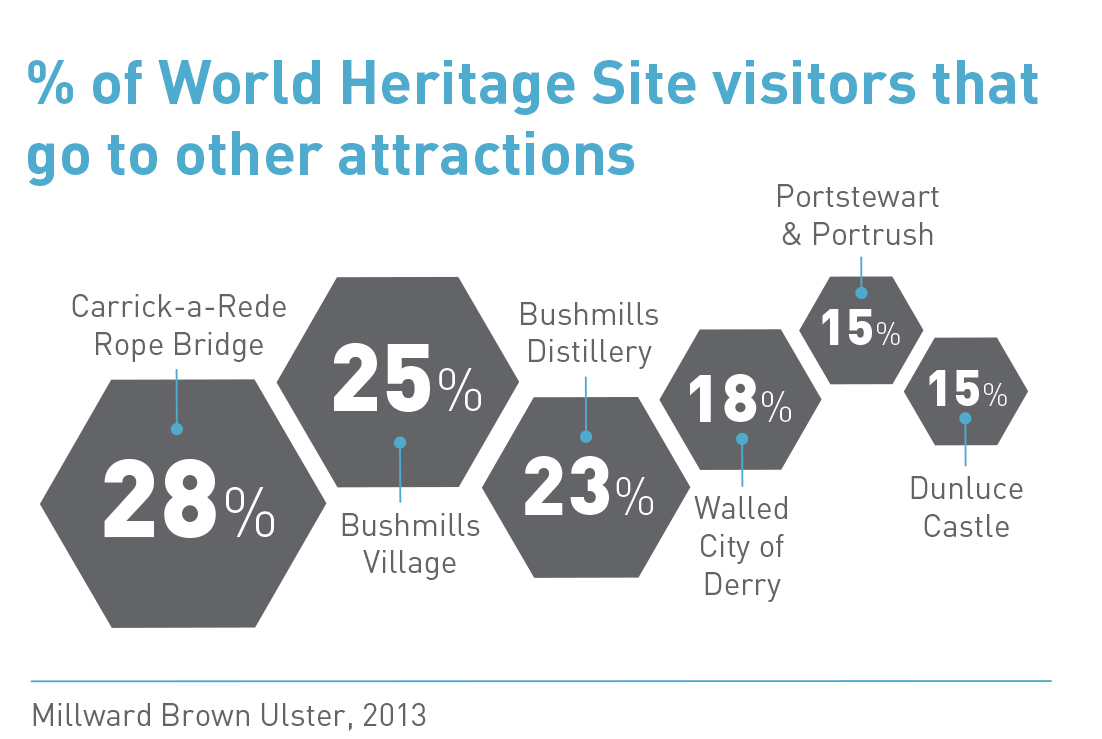 In early 2015 the Causeway Coast and Glens Heritage Trust,

It is hoped that the info-graphics will highlight some of the work that goes on at the Site.

For instance, the Giant’s Causeway and Causeway Coast is an internationally renowned research center. In 2013/2014 a research student from Queen’s University Belfast used LiDAR technology to 3D scan the famous stones at the Causeway. This produced the most detailed 3D scan of a terrestrial site.

The Giant’s Causeway has been Northern Ireland’s
main visitor attraction for decades and brings many visitors into the Causeway Coast and Glens area. This is important to the local economy and also helps to showcase the many natural and cultural sights such as the Carrick-a-rede rope bridge and the Bushmills Distillery to a wide audience.

UNESCO view spreading the benefits of World Heritage Site designation to the wider are as a key part of every designated Site. The World Heritage Site Steering Group are keen to hear ideas on how to boost this spread with in the Causeway Coast and Glens Area. if you have any ideas please contact nikki@ccght.org

Often many view the Giant’s Causeway as only a tourism site, while in reality it is also an important site for nature, culture and history alike. With six designations in total this is a truly special place.

Proving the popularity of the Giant’s Causeway, this info-graphic demonstrates that visitor numbers in 2014 meant that there were twenty visitors for each Causeway stone in 2014. This is no small number of visitors when you realize the number of stones is thought to be forty thousand! Luckily they did not all visit on the one day.